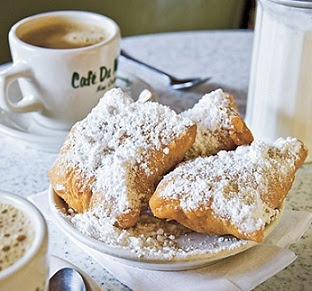 i haven't been able to blog for a while now because i sincerely don't have anything to say. school has been so stressful but I'm doing really well.i am officially a chemistry and chemical engineering double major and my adviser told me that if i graduate with more than 150 credit hours i get two different certificates. I'm so excited. i have English and french minors too. i just don't want the graduation extension semester to be a waste of time.

life has been extremely boring, I've been reading every chance i get, sleeping, studying and hanging out with friends.
i have been reading the George R.R.Martin series- a song of fire and ice, currently on the second book. it's so long but it's worth it. i usually read it between books.
just completed 'the perks of being a wall flower' by Stephen, 'remember me?' by the writer of shopaholic, can't remember all the other books. but since summer I've been trying to keep my reading up no matter how busy with school i get.

boys are still boys. still riding solo. talking to a bunch of people but nothing major. i don't do major. it's been fun though. i do enjoy the attention and the chase, i just don't want anything to do with actually working at a relationship. lots of work, I'm lazy and school at the moment is really killing me.

movies. i haven't seen any good movies in a while. saw 'in time', it was good but not something I'd ever see again. Justin needs to make another album to appease some of his fans and then he can act in all the almost good movies he wants.

friends. I've been hanging out a lot with friends. this semester has been my 'do you' semester. i am exactly the type of person i want to be at this particular stage in my life. no drama, no gossip and even if there is i do not listen to it. i just filter them out. life is too short to be mad and bitter. please do you and let me do me. I've also learnt to be very blunt, not mean blunt, just FYI saying my piece blunt.
I've stopped forcing people to be in my life. if you feel like i subtract more than i add to your life, please be my guest. cut me out. I'm all for cutting people out of your life who you think are pulling you down, if i happen to be one of them then hey, by all means.
i have a guy friend who i used to talk to ALL.THE.TIME, he used to drunk text me, we used to talk about everything and joke about dumb stuff but shit happened and we haven't spoken like we used to all semester long. and thing is, i used to have a huge crush on him so it was really hard for me to just kinda move on and accept that we'll never ever be as close as we used to be but i did it. it took me a while but i moved on, stopped texting him, just last week i deleted his number and our 1 million text messages together, inboxes, everything just so that i won't be tempted to ever call him. am i mad? no. am i hurt? a little but nothing ever happened between us. it's not like he ever knew that i had a crush on him. but mad? God, no. i believe a guy has got to do what a guy has got to do. we weren't meant to be good friends anymore, i rolled with the punches when they came.

yesterday i spent the entire day in new Orleans with my Asian friends, i was the only black person and one of two girls in a group of Asians. i kinda felt uncomfortable which is something I've never felt before because i go to a PWI and my only black friends are very few Nigerians i talk to but still at the beginning i felt very uncomfortable but 1 hour into the trip we were making 'that's what she said' jokes. i had an amazing day and we have lunch at this viet place, dinner at an Asian restaurant..yes, Asian cos they had all types of Asian food and had beignets before heading back.
i went to go see Wong fu productions, i don't know if y'all have heard about them but they came to new Orleans and they are sooo cute. i was one of two blacks who went to see them, the rest were Asians. ha ha. i think they kinda felt sorry for me when i went to talk to them. ha ha. i had a blast though. got back to school around 3 am the next day. y'all should you tube them, their videos are so good and have very good quality.

umm...what else have i been doing?
i'm talking to an african guy. i haven't talked to an african for so long, i think i'd forgotten what it felt like. not that there is actually any difference. i've realised that there is really not that much of a difference between races if you meet the right guys.
i really, really enjoy talking to this guy, i cannot stress this enough but there is no way i am dating him. it's really nothing personal, i just think he is a bit....how do i say this nicely?..much. that is the only way i can describe it. my friends tell me that i might end up really liking him..maybe. who knows? i'm not one to say never. we'll see.
i'm a french minor and i'm getting quite fluent in it, i'm a bit slow when i speak but i can read and write really well. i spent all day recently texting with this dude in french and it was a nice change of pace from what i'm used to.

i think i've typed long enough. ha ha. so how have you guys been doing?

p.s: i should change my title. no longer a teenager.