so yeah, i just finished the 3rd book in my 100 book challenge series and below are my reviews.

book #2: Anna and the French Kiss by Stephanie Perkins 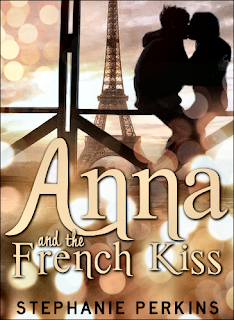 Reason for reading: someone recommended it to me as a good YA book.

summary: Anna was looking forward to her senior year in Atlanta, where she has a great job, a loyal best friend, and a crush on the verge of becoming more. So she's less than thrilled about being shipped off to boarding school in Paris-until she meets Etienne St. Clair. Smart, charming, beautiful, Etienne has it all . . . including a serious girlfriend.

But in the City of Light, wishes have a way of coming true. Will a year of romantic near-misses end with their long-awaited French kiss?(from amazon book description)

review: okay, i really liked this book. it was a really good book that i'd recommend to everyone. it was well written and wasn't decorated as anything other than what it is - a young adult book. it's about teenagers being friends, navigating through life, falling in love. i enjoyed this book, i couldn't put it down. it's not good in that 'omG!! life changing' way, it's good in that 'oh, i need something fluffy to read way'.
something i dislike about this book though is the title - 'Anna and the french kiss', it's so silly and immature. i don't understand how you'd finish writing your book and decide to call it 'anna and the french kiss'. because of the title, i could not read it at school, i only read it in the cover of my own home.
also, tiny things bugged me about this book. while the girl lived in france, she was learning how to conjugate -er verbs in french. i wish the author had done more research, she mistook passe simple endings for passe composer endings and it kinda bugged me through out the book. also, towards the end, the characters were always crying, i couldn't keep track of who was crying. in fact, the more i type this, the more i think i should give this book a 6.

would i recommend it? totally, despite the little things, i still loved it. it was a good read. 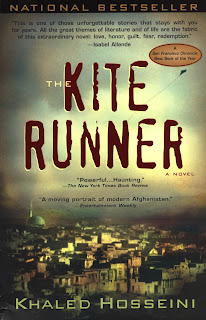 reason for reading: i browse through books on amazon all the time and it had a really good rating on amazon, so i decided to order it and read.

quote: “I wondered if that was how forgiveness budded; not with the fanfare of epiphany, but with pain gathering its things, packing up, and slipping away unannounced in the middle of the night.”

“The problem, of course, was that [he] saw the world in black and white. And he got to decide what was black and what was white. You can't love a person who lives that way without fearing him too. Maybe even hating him a little.”

summary: The Kite Runner follows the story of Amir, the privileged son of a wealthy businessman in Kabul, and Hassan, the son of Amir's father's servant. As children in the relatively stable Afghanistan of the early 1970s, the boys are inseparable. They spend idyllic days running kites and telling stories of mystical places and powerful warriors until an unspeakable event changes the nature of their relationship forever, and eventually cements their bond in ways neither boy could have ever predicted. Even after Amir and his father flee to America, Amir remains haunted by his cowardly actions and disloyalty. In part, it is these demons and the sometimes impossible quest for forgiveness that bring him back to his war-torn native land after it comes under Taliban rule.

review: i don't know where to start with this book. i need to collect my thoughts. i liked this book, i didn't love it. i thought for a first book, it was excellently written. really, Khaled is an amazing writer but at times, i think he compensates. some places in the book i felt like he was telling me what he wanted me to see, the things he wanted me to notice, he wasn't letting his story tell itself. also, i knew exactly what was going to happen before it did. i predicted everything right before he made his move, don't get me wrong, it was still fascinating when i actually got to the reveal but it deducted points from the book. i started this book late last night and finished this morning because it was engrossing. it's not the type of book you start and want to let go the first half but after a while, it simply draws out, after a while, you just want it to end.
when he talked about his childhood, it had you flipping pages, he paints vivid pictures and takes you on a journey around his neighborhood, around his childhood but once he grows up you stop taking that journey with him. once he loses his innocence, you absolutely lose your trust in his narration, that's the thing with the first person narration of this book. i feel like an omniscient narrator would have done it justice.
also, i found some of his writings to be cliche but he has some pretty unique stuff that more than makes up for it, i felt giddy reading the first half of this book, so many quotables, so many things to steal, so much good use for words.
nonetheless, i really enjoyed reading this book and it stayed on the new york times best selling list for about 2 years and it has such fantastic reviews. even if you're not interested, read it just to have an opinion on it because this is the few middle eastern book settings out there, read it because it's relevant in modern literature, read it for the first half of the book, it more than makes up for the rest of the book.

would i recommend this book? absolutely, i enjoyed it. and i'll definitely will be reading his second book soon.

let me know of any book you think i should read. i already put all of the ones recommended last post on my wish list on amazon and will be ordering them sometime this week except for hunger games. i've read the hunger games and i actually own them, good books.

i hope y'all are having a good weekend? if you've read any of these books, let me know what you think about them in the comments!! don't forget to leave a recommendation. 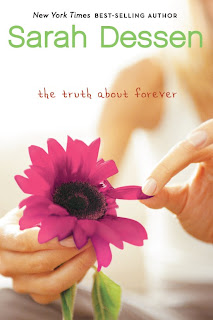 so i've decided that i'm going to do a 100 books challenge this year. this means that i'm going to read and own 100 new books by the end of the year. i've decided that i'm going to blog about it and review a new book every other sunday and blog about my life and other unrelated matters on saturday. for me to achieve this goal, i have to read 3 books every week. i'm really excited about this. i just finished my first book 'the truth about forever' by dessen which i'm going to review at the end of this post to kick things off. i ordered 5 books from amazon the day before yesterday and hopefully, i can find the time to read them between taking 20 hours and 8 classes. i'm going to have to be extremely dedicated and organised to pull this off but i think this is going to make me a much better person in the long run. if you have any books in mind that you want me to read and review or you have read and want to recommend to me then leave a comment for me and i'll read it if i haven't already read it. this challenge does not include any of the books i've read earlier this year, this challenge starts from the book i finished this week and the 99 more i'm going to buy and read. there are so many books in the world aren't there?

book #1: 'The Truth about Forever' by Sarah Dessen

Reason for Reading: a friend of mine recommended this book to me when i said i needed something light hearted to read.

quote: “It's just that...I just think that some things are meant to be broken. Imperfect. Chaotic. It's the universe's way of providing contrast, you know? There have to be a few holes in the road. It's how life is.”

summary: A long, hot summer… that’s what Macy has to look forward to while her boyfriend, Jason, is away at Brain Camp. Days will be spent at a job in the library, evenings will be filled with vocabulary drills for the SATs, and spare time will be passed with her mother, the two of them sharing silent grief at the traumatic loss of Macy's father. But sometimes unexpected things can happen--things such as the catering job at Wish, with its fun-loving, chaotic crew. Or her sister's project of renovating the neglected beach house, awakening long-buried memories. Things such as meeting Wes, a boy with a past, a taste for truth-telling, and an amazing artistic talent, the kind of boy who can turn any girl’s world upside down. As Macy ventures out of her shell, she begins to wonder, is it really better to be safe than sorry? (summary from amazon book description)

review: i personally thought this book was pure fluff, the only reason i continued reading was because i had just finished the first book of 'The Lord of the Rings' and desperately wanted to read something light. i didn't get much from this book. i didn't hate it but i didn't like it. once i finished it, i couldn't even remember half of what happened. it was light hearted and a fun read but considering the fact that i read the above amazon description before buying it i thought the death of the father was going to give it a bit of a deep side but it really didn't. i finished it because it was just 374 pages and i try to never leave a book unfinished. also, i'm giving it a 5 because the writer's choice of words didn't interest me at all, it wasn't bad but i didn't find it to be so wonderful either.
would i recommend this? yes. if you love lighthearted, high school romance, you'd love this.

p.s: i got this idea from sparksnote, their community site. this girl is doing a 100 book challenge and reviewing them and it thought it'd be a fun challenge to do.

don't forget to leave a book recommendation!! i know i'm going to need a whole lot if i want to read 100 books. also, if you want me to check out your blog, just let me know. i want to get back into blogging like i used to and need to check out new blogs!!!

have a good weekend. this weekend is mardi gras so i know i'm already going to have a splendid one.

current song on my itunes: bez - more you. 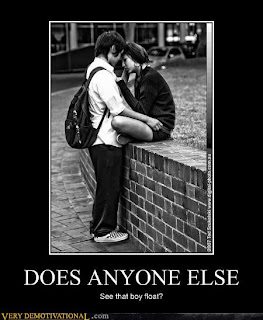 you know that guy who asked you out last year that you really liked?
and you were really going to date him but things didn't work out last minute?
and it was totally your fault?
and now he's moved on, has a girlfriend, graduated, moved away?
and he comes back into town
and you just want to see him so that he can regret ever letting you go?
anyone? anyone? no one?
yeah, me neither.

hope y'all had a wonderful weekend. it's crawfish season!!! i had 3lbs of crawfish yesterday with potatoes and corns!!!