Nagging is the first thing you learn as a nigerian woman. It's like a passage of sorts. you're taught to not nag your husband or boyfriend. you're taught it by everybody and especially by nigerian movies that tell you that nagging your husband/boyfriend is going to make him meet genevieve nnaji and fall in love with her, and cheat on you and leave you and it'd be justified because your bitch arse was nagging him all around the house.
you start talking to your friends about how you're not a nag, justify your guyfriends' stupid behaviours because their girlfriends nag them to death. you grow up deciding that you're never going to nag your boyfriend or husband. you're going to be the absolute perfect wife and your husband will not treat you like that other woman's husband because you're not a nag like her.
you get into a relationship and your boyfriend makes a sexist comment and you argue with him, he talks bullshit about women and you argue with him, he comes back late from work and you argue with him, he forgets dates and you argue with him. the amount and frequency of the arguments are becoming more often than you can handle, you start backing off because you don't want to be labeled a nag, he is a great guy with a great job and you really don't think you're going to be able to do any better than him if this relationship doesn't work out. so you start shutting up, you become more agreeable. you don't ask him about that perfume on his shirt, he comes back late and lays beside you and you spend your time on proverbs 31 trying really hard to be a "virtuous" woman to a very undeserving idiot.
he starts making decisions for you, your opinions become his, you start shutting up about things that you used to be passionate about, feminism? uhhh, who needs that? you need to get married first and you'll worry about that.
you become a shadow of yourself.
He ends up marrying you because he's dated you for long and you're as good as it gets.
i find that "nagging" has become a way for most nigerian men to shut you up really fast. you're not a nag for having a freaking opinion, there should be things that you don't agree with him about, you should be a human being. sure, he'll end up marrying some girl who doesn't have an opinion but at least you won't find yourself 25 years later in a marriage where you realise you hate the man you married, you have achieved absolutely nothing with your life, your husband doesn't like talking to you because it's just like talking to himself, you have absolutely no independent opinion of your own, and you're raising a male son who is just like him.
it's cool to know when to argue and when to let things go but don't let anyone bully you out of your beliefs with that word. 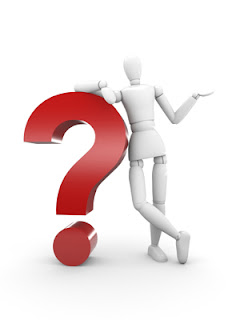 Will you change your last name to your husband's last name when/if you get married? if so, why?
if your reason for changing it is because you hate your current last name and can't wait to change it once you get married, why aren't you changing it now? you know you can change your name anytime you want? so, if your reason is this, answer this question for me too.
please comment and let me know. i really want to know.

don't make her the other woman

i'm tired of cheating responsibilities being placed on women. if your boyfriend cheats on you, it's because your boyfriend made a decision to cheat on you and then found someone to cheat on you with. HE made the decision to cheat on you, the 'other woman' is just an accomplice who frankly doesn't owe you shit. i know that in situations like this people want to blame the other woman because it's easier, it makes it easier to forgive a man you love if you truly believe that this woman made him cheat, that this woman lured him in somehow. i get that. you don't want to believe that someone you love is capable of hurting you so much. but the other woman made no vows to you, she didn't promise to commit to you, she didn't promise to love you and in more cases than not, she doesn't even know who the hell you are. Your BOYFRIEND made the decision to cheat on you, he is the one who broke his vows to you, he is the one who owed you loyalty not the other woman.
i understand women being in solidarity and not hurting other women but i've realized that people only spout this rule when it's cool for them. in more cases than not, your boyfriend sort her out. even if she sort your boyfriend out, he could have just said no. people behave like married women and women in relationships aren't asked out by men once they get into relationships. they obviously are but everyone expects them to be disciplined and true and say no to temptation but no one demands the same from the men.
i've never understood the concept of someone loving you and cheating on you. millions of people believe it, even my very close friends but i have a question for you: how do you know someone loves you? because they tell you that they love you or because they show you that they love you? i can tell someone i love them without meaning it so lets stick to showing. so their actions have convinced you that they love you, that's cool but isn't cheating part of their actions? how can you separate the cheating part of him and all his other actions? how do you know he loves you? i've never heard a man ever say that phrase. in fact when i told my friend about the LIB article where the man said his wife cheated on him and he wants to divorce her even though he'd cheated on her several times, my guy friend goes "yup, he should divorce her. why would she cheat on him?" when i told him that the man had cheated severally in the past, he said "well, the woman made the decision to forgive him and stay with him but the husband doesn't want to. it's his choice. me i think he should divorce her".
why aren't the women given the benefit of the doubt of indiscipline? only men can be indisciplined? why do women make excuses for the excesses of men but turn around and complain about how hard and difficult marriage is when your arse has been enabling his excesses so that you can be mrs. somebody? why are we as a society so quick to blame the other woman? lets take assistant madam for instant on twitter, i excessively enjoy her tweets, more than i should, it's entertaining and frankly sounds like fiction but some women on twitter were all in arms talking about "you're laughing now what if that was your husband that she's sleeping with?"... uhhhh, she's not raping your husband, your husband sort her out. your husband was a very willing participant, some people act like men are precious objects that have no brain, have absolutely no control of what their penises fall into and they need to be cuddled and protected from all of these women of the world that are just waiting to pounce and sleep with them.

yes, i agree don't be the other woman. even more importantly, tell your husbands and boyfriends not to make her one.