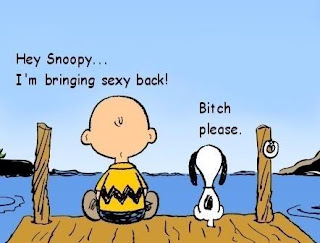 i'm just going to jump right into it. happy new year everyone, i hope this year started really well for you and i pray it continues that way.
anyway, in 2009 i was talking to this guy that i almost dated, i remember that day pretty well. we were infront of a movie theater about to see a movie and some guys whistled when we walked by and the boy proceeded to tell me that i'm at the peak of my prettiness and that i'll be there for about 4 years and apparently, this is when you're young and men find you extremely attractive and eventually, in four years, it fizzles out and you're just some girl who is now desperately looking for a boyfriend(that is if you didn't make use of your peak years well).
now, i didn't think anything of this when the boy said this to me 3 years ago, i just laughed, i think i only heard him telling me that i'm pretty so i was quite flattered.
just recently, i was asked by this guy i went on a couple of dates with to be his girlfriend and i said no. now, i didn't say no cos he wasn't perfect or anything like that, i said no because he is not nigerian, he is african but not nigerian
now, i already argued with some people on twitter about this reasoning. i want a nigerian boyfriend, this does not in anyway mean that i think that nigerian men are superior, no. in fact this dude i talked to had every single thing i wanted in a boyfriend apart from the fact that he is non nigerian.
i want a nigerian boyfriend because i want someone i have a shared culture with, someone who'd understand my background, someone i don't have to filter and whitewash my background or childhood with. i want someone who'd understand where i'm coming from. i think relationships are already a lot of work. i've done the whole white, asian thing and now that i actually want to stop serial dating and get into a serious relationship i want to do it with a nigerian.

anyway, this is really besides my point. so, when i told my friend that i turned this guy down she said: 'you know you're almost at the end of your peak and soon you'd regret being too picky'. apparently, this theory of a peak in the life of a girl is known by everyone apart from me.
apparently, i'm supposed to settle now and hold onto some guy that i don't want so that in the future in case i don't find anyone that wants me anymore then i can at least have a man for those years when guys have now moved on to the younger, more attractive girls.
i really don't think that i'm too picky, i just refuse to settle. i'm just 20, i believe that i can have it all. i don't think it has to be one or the other. there is still a lot of time to find what i'm looking for, if i start at 20 to start settling then what is going to happen when i'm 25. who will i be settling for when i reach an age i actually want to get married at?

oh, and speaking about marriage. i got a proposal this christmas when i went back to nigeria.
so i met this guy when i was 17, january 2009, i remember this because it was the week i left nigeria for college. i flew from lagos to owerri and my sister met me with the driver to pick me up from the airport and this guy comes running up to us and asked me for my number. i was in a hurry and i knew i wouldn't even be using that number by next week so i just gave away the number. the guy calls me that same day and we got talking and then we started talking about age and he realises that i'm just 17 and he, at that time, just turned 27 so he says lets just be friends because i was too young for him. we became friends, when i got to school in the states, i gave him my number and we've been friends ever since. he's never said anything about dating me, never asked me about my love life, we just never talked about anything like that.
i go home every christmas holiday and every year i've come back he's been out of the country. in 2008, he spent christmas trotting around Europe, in 2009, he spent christmas in south africa. anyway, so i went back home this christmas and he was in nigeria when i went home. he comes and takes my friend and i out, we went to his company dinner with him, hung out with him, got introduced to his friends. it was fun, we were just friends having fun, getting reacquainted and mind you by now dude is 30.
i couldn't unlock my iphone 4s in nigeria, so dude got me a bold 5 to use while i'm in nigeria. fast forward to a couple of days later, i'm in the village celebrating christmas with my family and suddenly, i'm talking to this guy and next thing we start talking about how much he likes me and how he wishes i'd marry him..blah...blah...blah. dude, drove to my village to see me twice, he talked to his mother about me, got his mother to call me to talk to me for him. it was an absolute mess.
he's a really nice guy but obviously, i don't want to have anything to do with a guy 10 years older than me, i like young couples.
we're still friends though, i actually just talked to him today. i hope he finds everything he is looking for.

anyway, i'm supposed to be writing a paper. i just wrote a sentence and decided to take a break and finally blog. this blog is an absolutely mess and i can't proofread this so please forgive my many grammatical errors and numerous typos. hopefully, you get the gist.
hope you had and are still having a wonderful weekend.

current song playing on the iTunes : Dwele - Find a way.